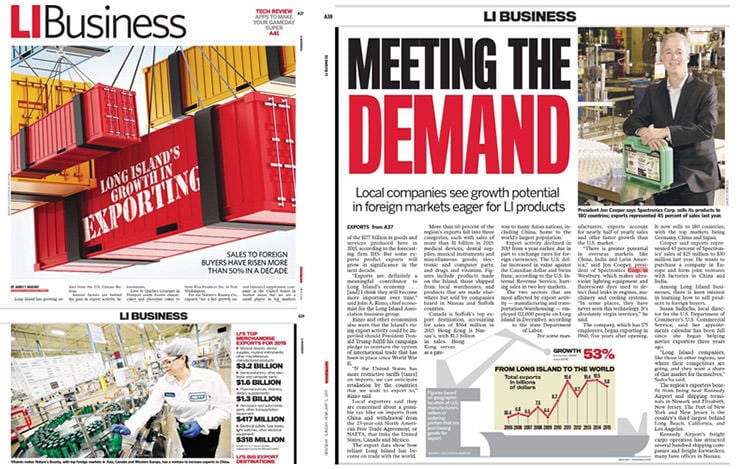 For some manufacturers, exports account for nearly half of yearly sales and offer faster growth than the U.S. market.

“There is greater potential in overseas markets like China, India and Latin America,” said Jon Cooper, president of Spectronics Corp. in Westbury, which makes ultraviolet lighting equipment and fluorescent dyes used to detect fluid leaks in engines, machinery and cooling systems. “In some places, they have never seen this technology. It’s absolutely virgin territory,” he said.

The company, which has 175 employees, began exporting in 1960, five years after opening. It now sells to 180 countries, with the top markets being Germany, China and Japan.

Cooper said exports represented 45 percent of Spectronics’ sales of $25 million to $30 million last year. He wants to purchase a company in Europe and form joint ventures with factories in China and India.