Then came the order, “ ‘give it to them,’ and the roar of the shotguns mingled with the rat-a-tat of the machine gun, a clatter like that of a gigantic type-writer,” read one New York Times report in the aftermath of the bloody Valentine’s Day Massacre that left seven gang-affiliates dead in a Chicago auto body garage, and the nation facing down a war against organized crime and the infamous Al Capone.
Autopsies of the gruesome slayings were unearthed, last month, in a police storage warehouse 87 years after they were handwritten by shocked medical examiners.
“Both thoracic . . . cavities contain a large amount of blood, the lungs are perforated 12 times, there is laceration of the thoracic aorta, laceration of the liver and of the diaphragm,” reads an excerpt from the report of Reinhardt Schwimmer, an optometrist, whose penchant for hanging around mobsters was his ultimate downfall, reported the Chicago Sun Times.
Other documents include interviews and records outlining the difficulty police had with witnesses who refused to testify, photographers getting too close to the crime scene, and the challenges encountered trying to document over 160 shell casings.
There is even an inquest interview with Schwimmer’s mother, where the coroner, “prepares her for the grisly state of her son’s body,” reports the AP. Executive officer James Sledge, a local history fan and a Chicago native, is mostly responsible for unearthing the documents. It took him close to two years to locate the reports, which were found in a metal file cabinet in the Cook County government warehouse.
Authorities are currently considering what to do with the documents, although they will remain the property of the Medical Examiner’s office. 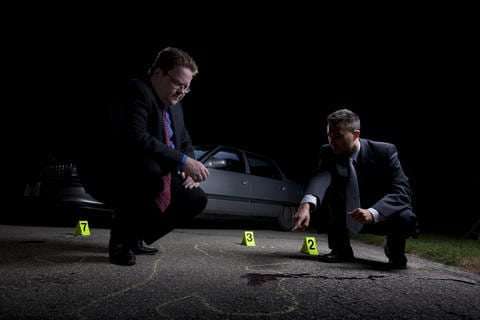 Law enforcement officials worldwide rely on Spectroline’s full arsenal of ultraviolet and blue light lamps to solve their toughest crimes…so should you.Investigate for yourself 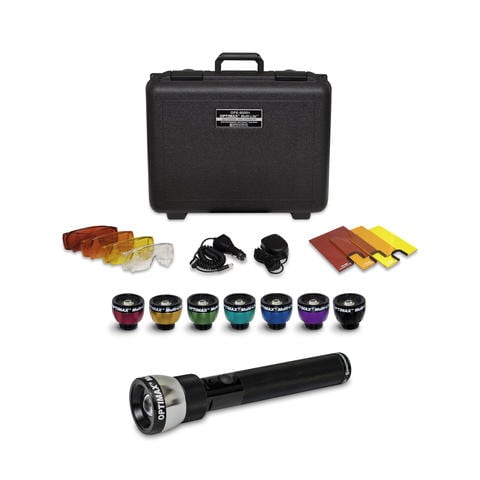 The Fact Is…Not All Leak Detection Methods Are Created Equal
May 5, 2016
Saint Patty’s Day Tradition Started with the Search for a Leak
March 17, 2016